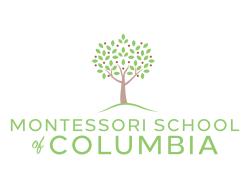 In 1982, a group of six Columbia families faced a dilemma. Each family had a kindergartener attending one of the two Montessori preschools in downtown Columbia, and these children were reading and doing math that put them far ahead of peers in traditional kindergarten. These six families decided to start an elementary Montessori school. One of the parents and a teacher who had worked in traditional schools, volunteered to attend Montessori training in New York during the summer of 1983. That fall the school opened with a class of six first graders at a local church. The school remained there for a year and a half until one of our parents found a building for sale on Oceola Street in the Rosewood neighborhood.

In 1999 MSC expanded to offer a preschool program located at a church. It became clear that the school needed a consolidated campus and a bigger space. The board and staff looked at undeveloped property and existing buildings for many years. Eventually in 2006, the school began purchasing residences directly beside the elementary school. At that point the board decided that the school should remain in its existing neighborhood.

Today, MSC has approximately 160 students, ages 3-14, in seven buildings on a quaint, 2.5-acre campus in the heart of the Rosewood neighborhood.

At MSC we strive to develop the unique capabilities of each child. Guided by the work of Dr. Maria Montessori and informed by current research, our committed staff honors the natural curiosity of children. Our academically rigorous, self-paced curriculum allows children to work according to their own development levels.

In multi-age classes, children discover the dignity of work as well as the importance of caring for themselves and others. Since we attract families from a rich array of cultural and ethnic backgrounds, MSC students learn to be citizens of the world. Our mission is to foster a love of learning that will guide and sustain children throughout their lives.

Email me jobs from Montessori School of Columbia